Nickelodeon Africa has launched the isiZulu version of SpongeBob SquarePants, which will air on NickToons between December and January.

The cartoon’s main goal is to promote local language through pop culture.

“Through Nickelodeon Africa’s dubbing of SpongeBob SquarePants into isiZulu we are unleashing the power of content; unleashing the value, impact and emotion of an already iconic piece of content. In so doing, we allow our children to see and hear themselves in the characters they have grown to love.”

“We couldn’t just choose any show to achieve our mission of cultural impact and better representation on our channel; we had to choose the best. SpongeBob SquarePants has earned his striped and this isiZulu series aims to preserve local language base and reach for new audiences,” says Twala

The IsiZulu version of the aforementioned cartoon was first introduced in a one-episode broadcast on July 14 as part of celebrating Nickelodeon’s 40th birthday, and success was recorded.

Hence, the show will be fully premiered on the 5th of December.

Watch the teaser of the cartoon below:

I love this for African language Voice Over artists/actors.

We need more. Hopefully Disney will be next. 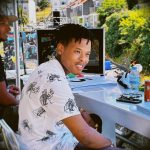 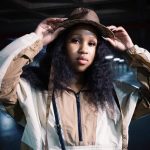